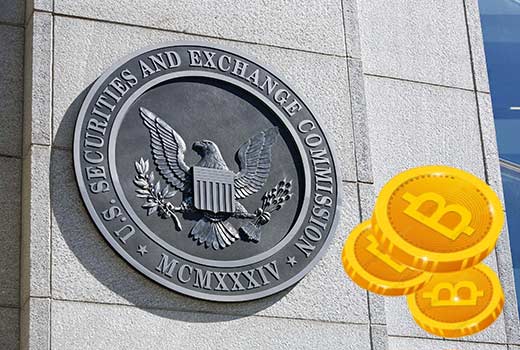 Although, the Bitcoin price has managed to claw its way back over $20,000 per bitcoin—even after a serious JPMorgan price warning—helping the price of Ethereum, Solana, Cardano and Dogecoin rally from their recent lows.

Now, the chairman of Wall Street is top regulator has said the Securities and Exchange Commission (SEC) will consider exempting cryptocurrency firms from some governing requirements in an attempt to tame the crypto "Wild West."

"There is a potential path forward," SEC chair Gary Gensler said during an interview with Yahoo Finance in comments that show how the SEC could work with the Cryptocurrency space in the future. He also added that the agency has the authority to give exemptions to certain governing and disclosure requirements. He further went on to say that the SEC has invited industry-leading and trading platforms for an open discussion

Also Read: Elon Musk Is Tesla Sells 75% Of Its Bitcoin Holdings, According To Live Crypto News

Gensler, who has earlier called the cryptocurrency market and Bitcoin as Wild West" and this week repeated a caution that many cryptocurrencies firm are "non-compliant," said the SEC has "robust authorities from Congress to use our exemptive authorities that we can tailor investor protection."

Earlier this year, the SEC found cryptocurrency lender BlockFi to be an unregistered investment organization, reaching a settlement of $100 million.

In May, the SEC announced it had increased the number of staff in its Cryptocurrency Assets and Cyber Unit as it pushes to get a grip on the red-hot cryptocurrency market that last year ballooned to a tempting $3 trillion value before deflating over the last few months due to the Federal Reserve is increasingly hawkish stance and increase in interest rates and the downfall of the TerraUSD stablecoin along with its support sister cryptocurrency Luna.

Also Read: Due To Internal Conflicts, Spanish Crypto Exchange Bit2me Will Not Accept Users Of 2gether

He also raised concern that the general public is largely at risk due to non-compliance by the companies in the cryptocurrency space. He added that the public deserves to know the full and fair disclosure and whether a firm is credible to them about the safety and returns on their funds.

The Bitcoin, Ethereum and Crypto price slump has forced multiple lending firms to file for bankruptcy and lock customers out of their accounts in recent weeks as they scuffle to hold back a tide of withdrawals.

"If it is too good to be true, then maybe it is," Gensler said, referring to extremely high returns of up to 20% by those crypto lenders offer to users and market as safe. "There may be a lot of risk embedded in that."